Olivia's family made it to town safely. To Olivia's surprise her mother had aged quite a lot since the last time she saw her. Not wanting to miss an opportunity to mark the occasion they took a duck face selfie together. 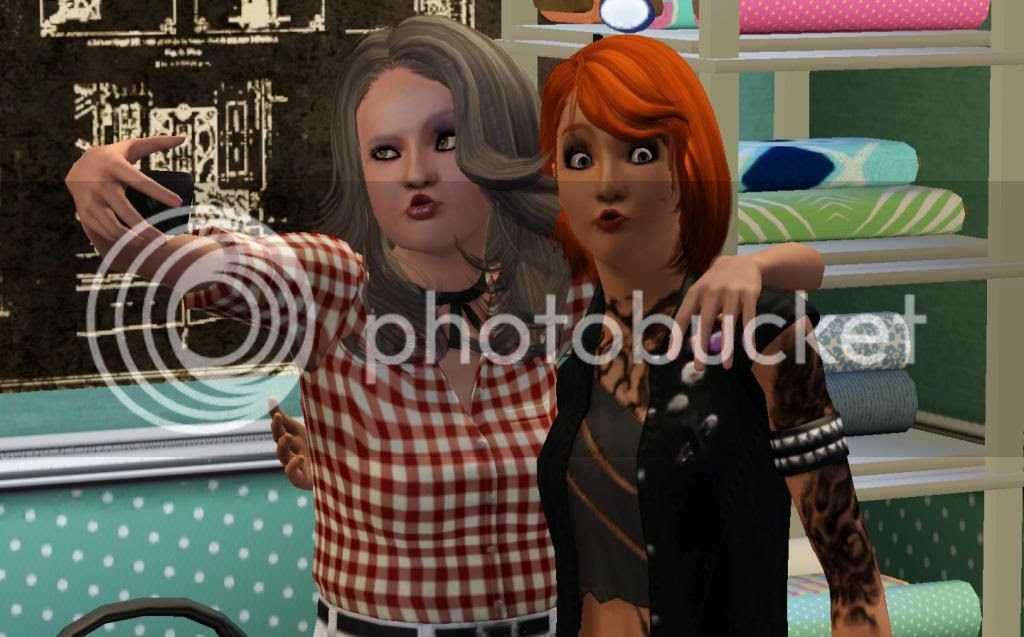 Gaia seemed to really be into taking selfies...here she is taking one with Jasper. Uh Jasper, I don't think your supposed to be kissing in that direction...look at the camera boy! 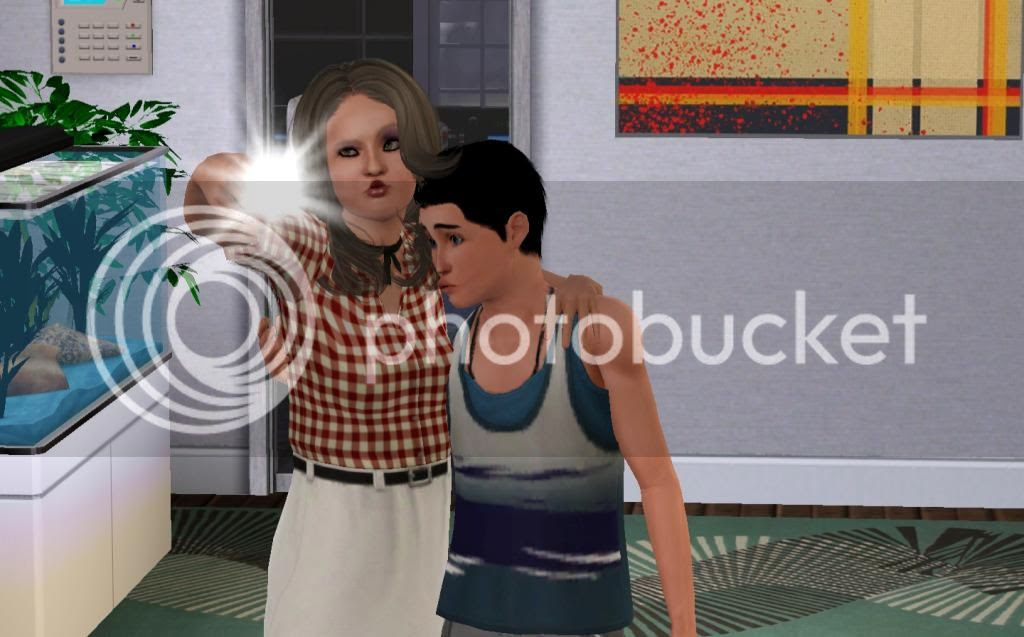 Olivia couldn't believe how much Lacey has grown since she moved away. They spent a few hours chatting and Lacey caught Olivia up on all the hometown gossip.

Antoine called to say that he was running a little late but would be there soon. Olivia told him to take his time since her father and Cooper were out at the store.

Olivia was still nervous about introducing him to her family. Did she say he was her coworker or her boyfriend. They haven't exactly talked about labeling their relationship. 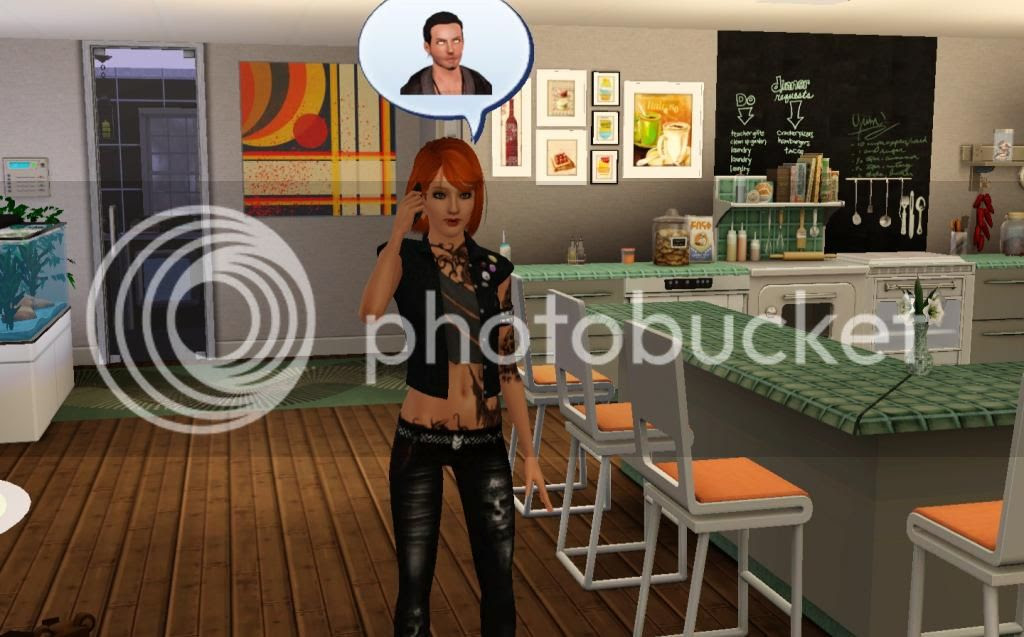 When Antoine did finally make it over she decided to introduce him as her boyfriend. Although they haven't made things official it felt easier than trying to explain the truth. The truth of the matter was complicated.

They all exchanged presents, ate, and had a great time together. 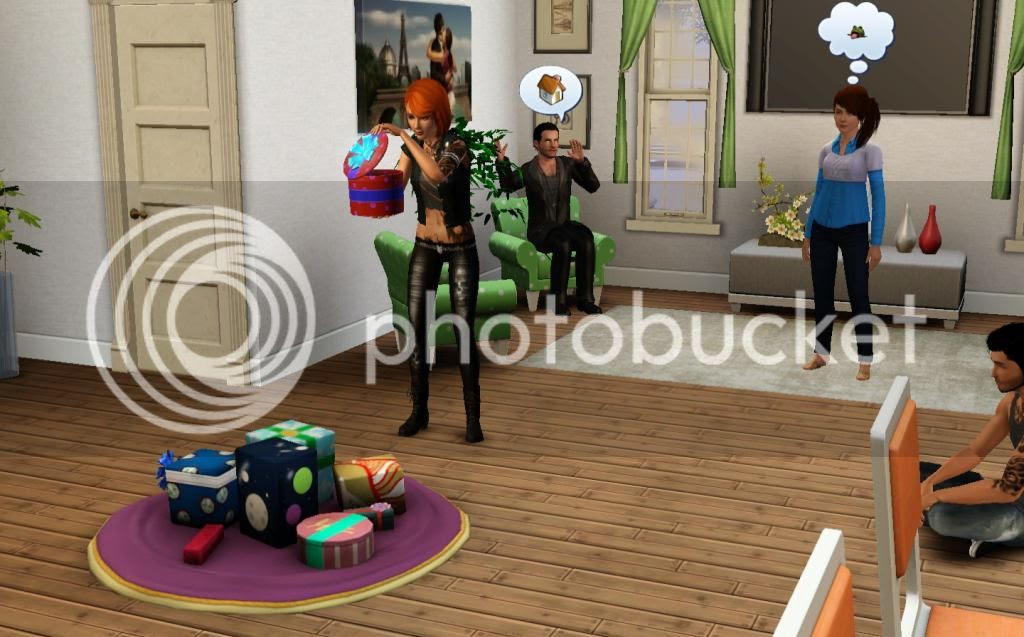 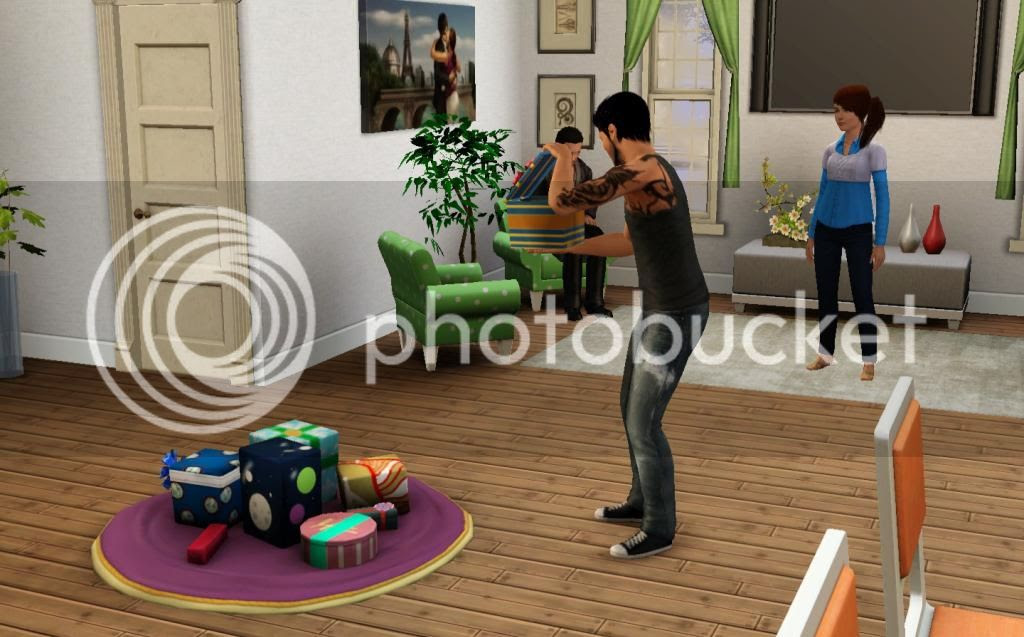 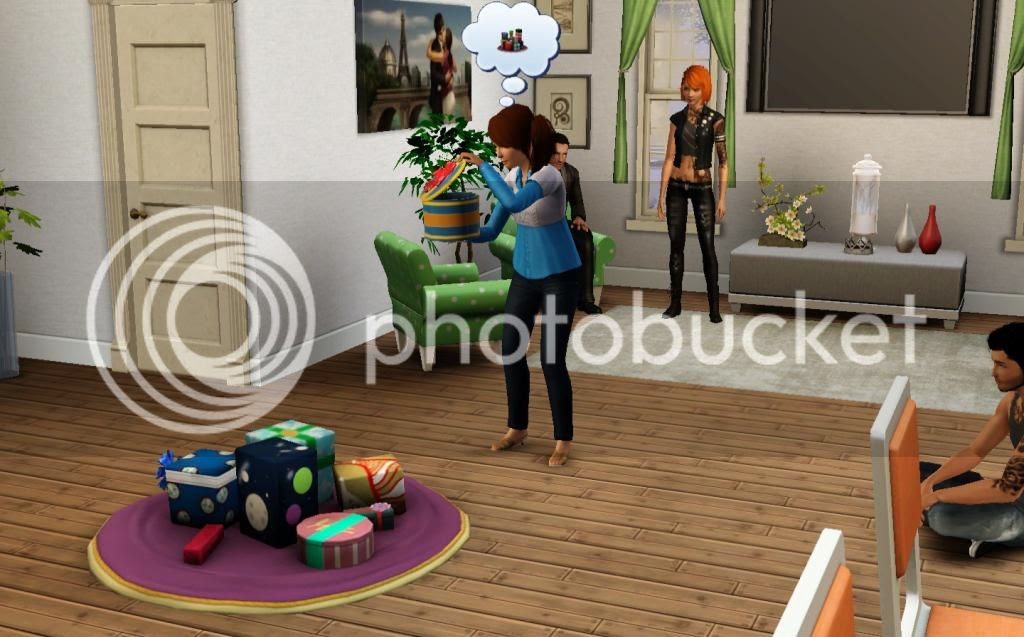 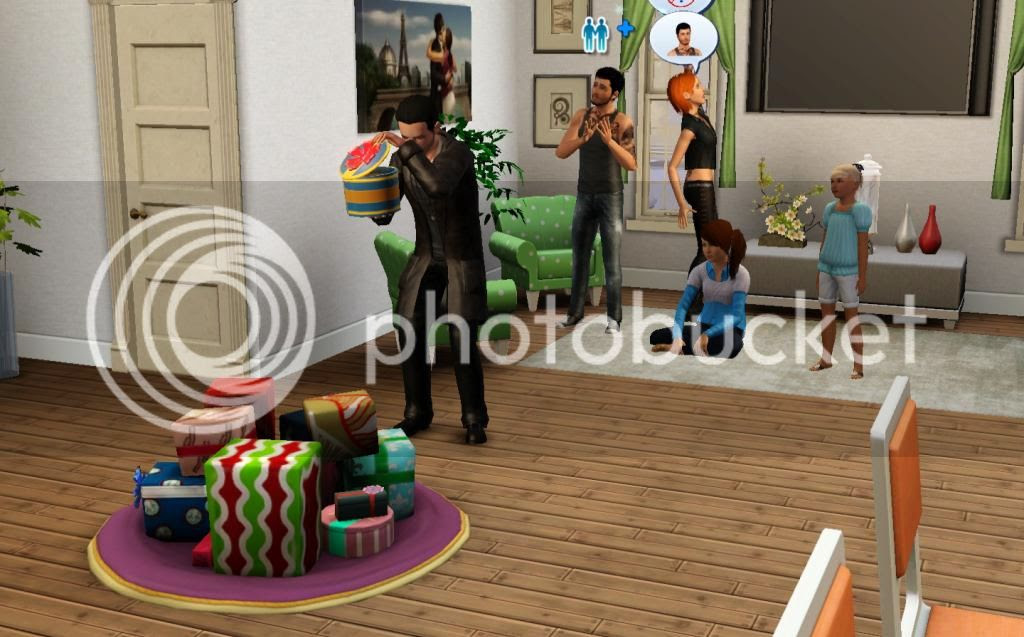 After Olivia's family left she asked Antoine if he wanted to spend the night with her. He accepted and they ended up spending the night in the igloo out back. 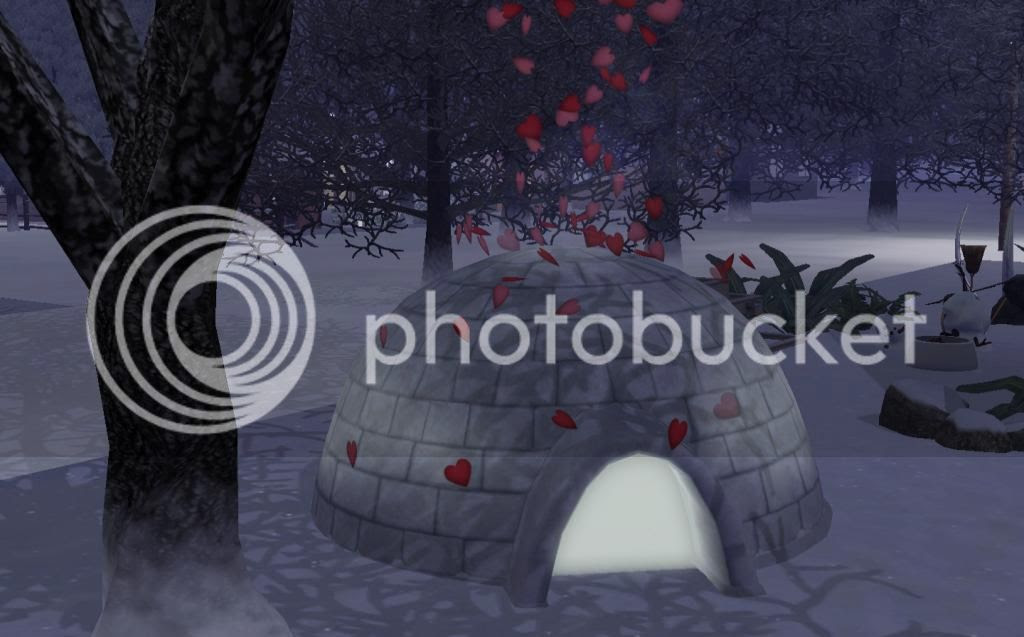 As Olivia's birthday was just around the corner she needed to get out and have some fun. She went to the local bowling place and played a few rounds. 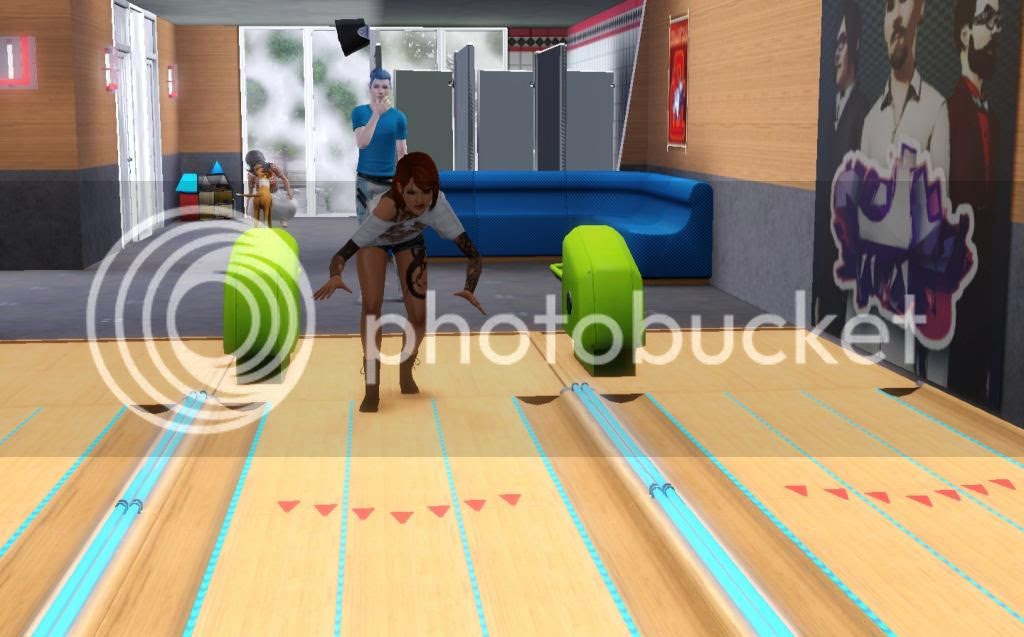 While she was there she meet a nice guy by the name of Mallow. They hit it off and became instant friends. In fact she invited him to her birthday party the next day.

Mallow showed up a little early to the party and helped her get things ready. 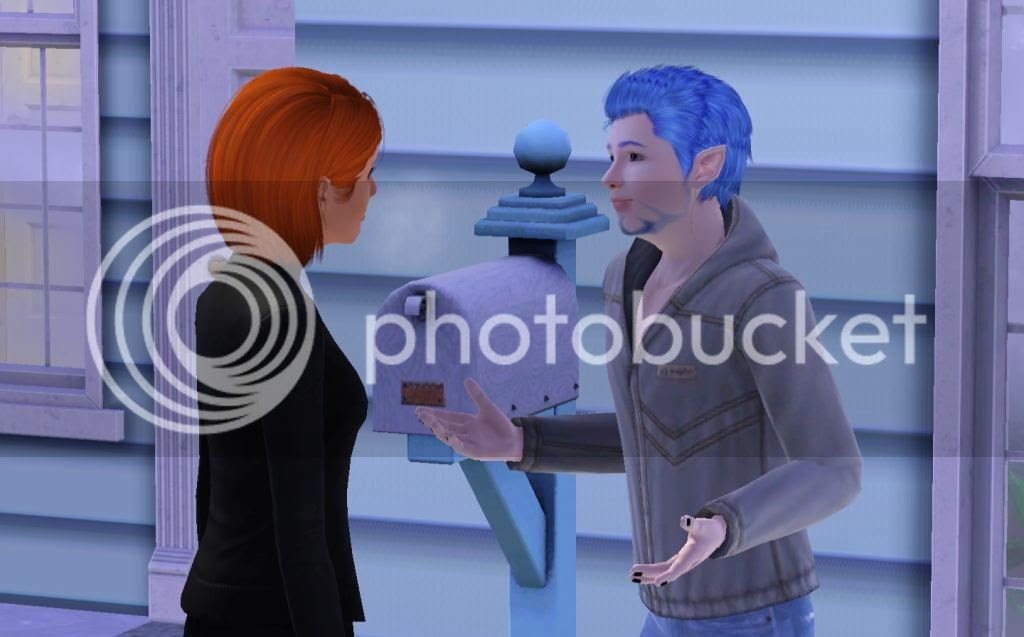 Olivia was so moved by how sweet Mallow was that she leaned in a gave him a kiss. 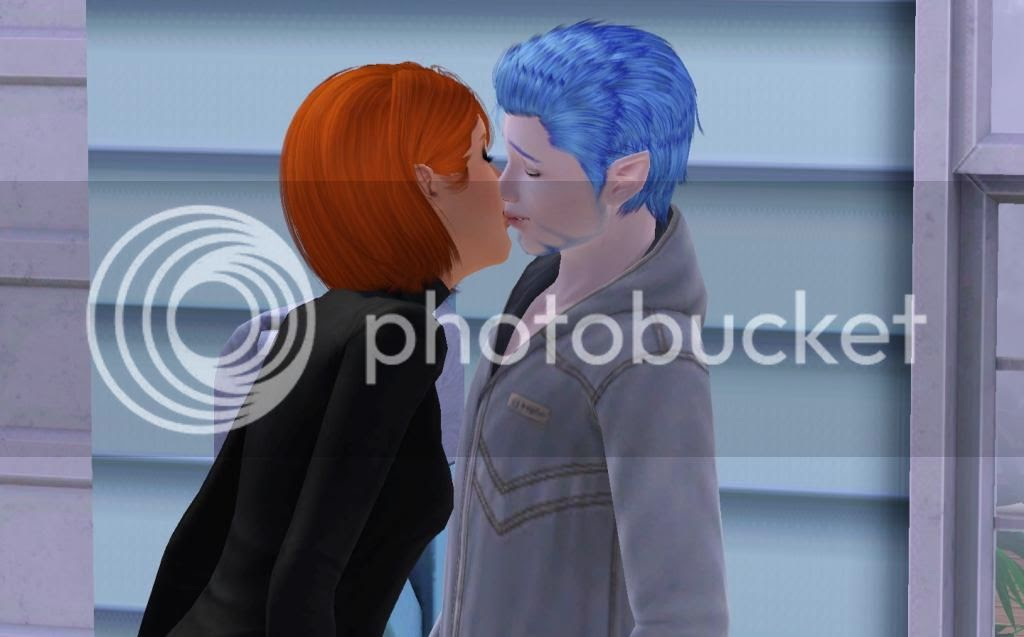 Olivia wasn't sure why she had just done that and decided that it was best to just pretend it never happened. She thanked Mallow for coming to help and headed inside to get things ready. An hour later the guest had arrived and the party was in full swing.

When it was time to blow out the candles it was Mallow that was by her side instead of Antoine. Antoine had to work and was unable to make it for Olivia's special day. Secretly she was thankful for his absence because she got to spend some time getting to know Mallow better.

As she blew out her candles she wished for clarity about her feelings. She now didn't know if she wanted to pursue things with Mallow or stay faithful to Antoine. She wanted them both. 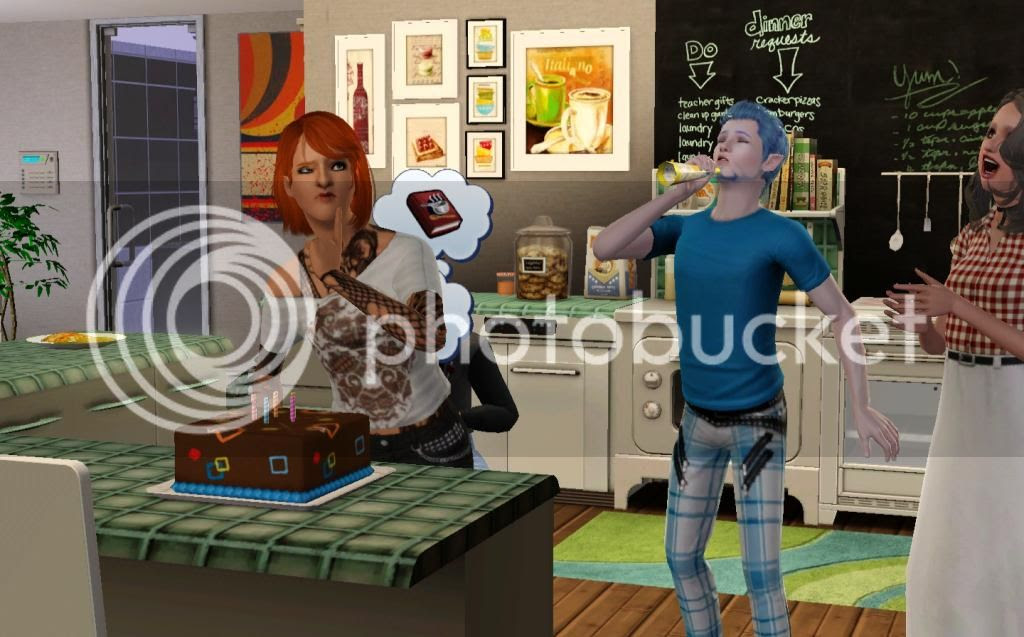 A few days later Antoine invited Olivia over to his house. Little did Olivia know, it was a surprise party for her birthday. Since Antoine couldn't be there for her actual party he decided to throw her one of his own. When she arrived Antoine met her outside and she gave him a kiss. 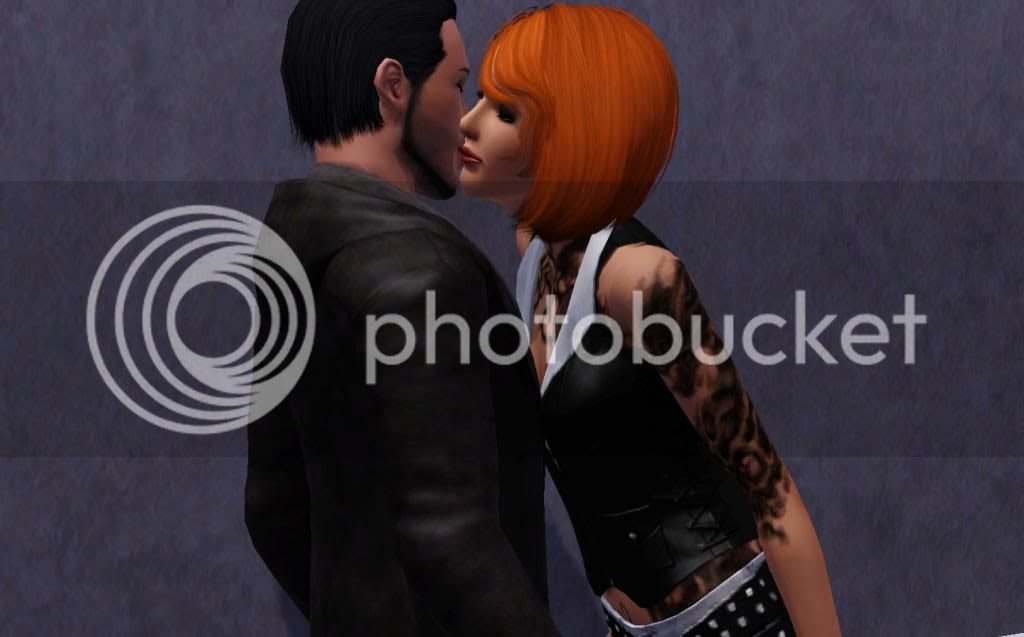 Olivia was so surprised when she walked in to the house full of people yelling HAPPY BIRTHDAY! Antoine quickly turned and apologized for not being with her on her special day. 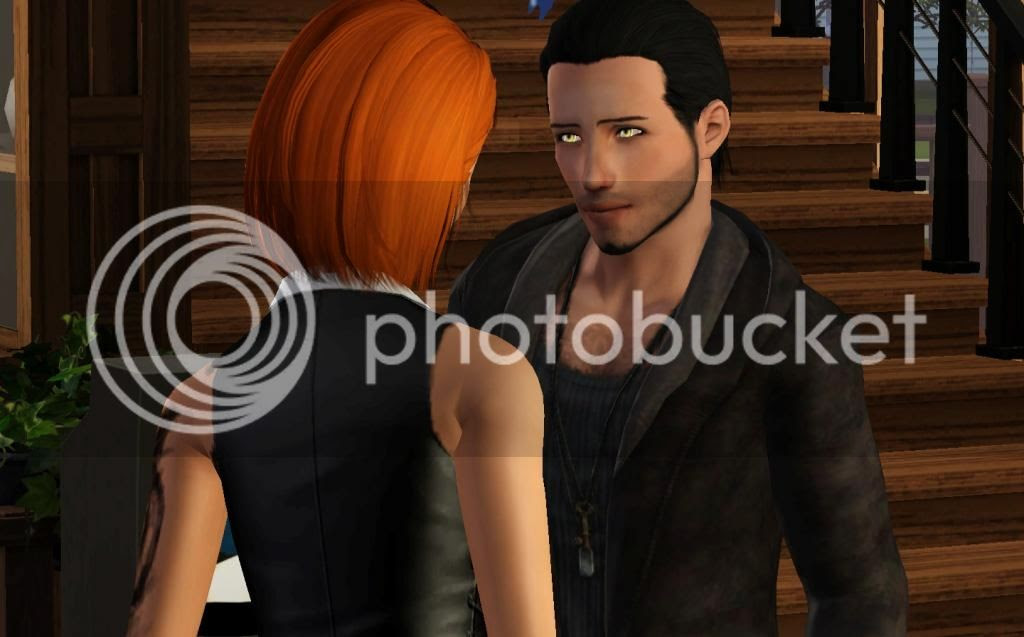 Olivia enjoyed the party and invited Antoine over for the night. There was only one thing on Olivia's mind. We all can guess what that was. 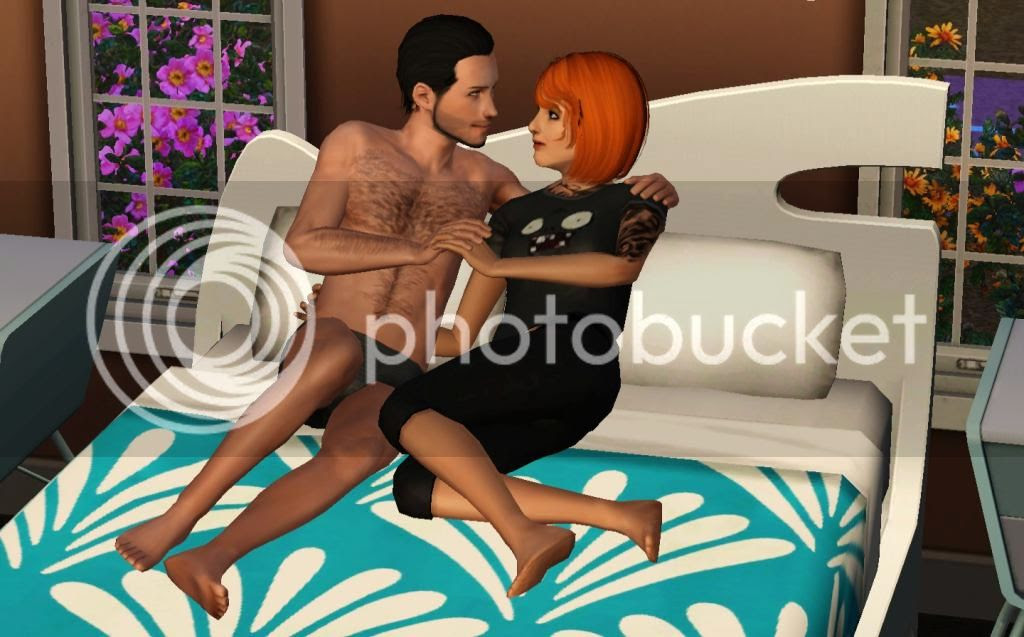 In the coming weeks Olivia immersed herself in to her work. She was a mature adult now and didn't want to start a family until she finished her career.

Before she knew it she achieved her final promotion to the Emperor of Evil. 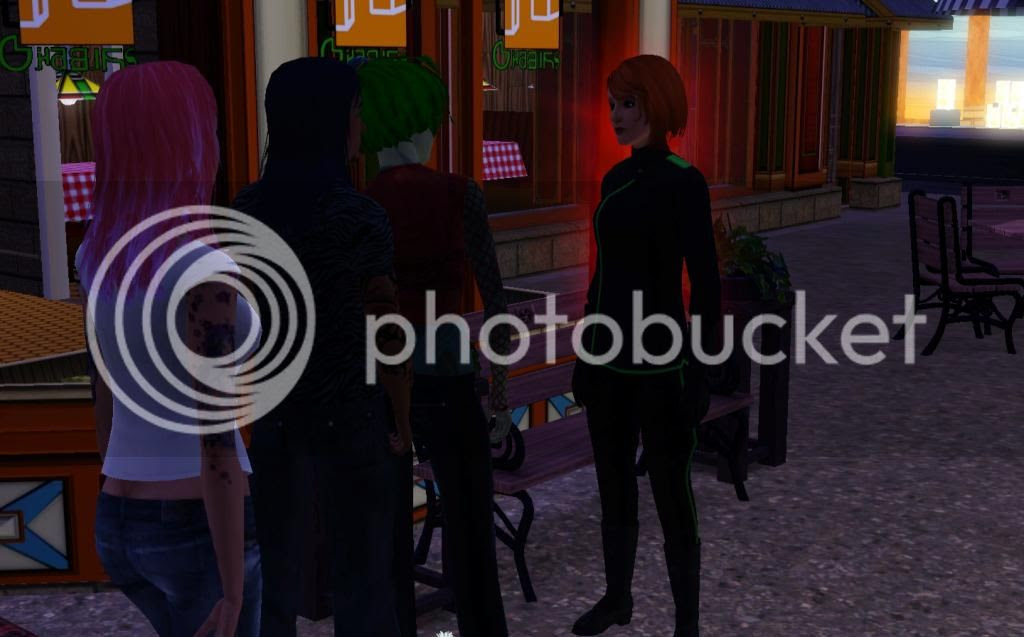 The next day she invited Antoine over to tell him the good news. As soon as she finished her sentence Antoine got down on one knee and asked her to marry him. 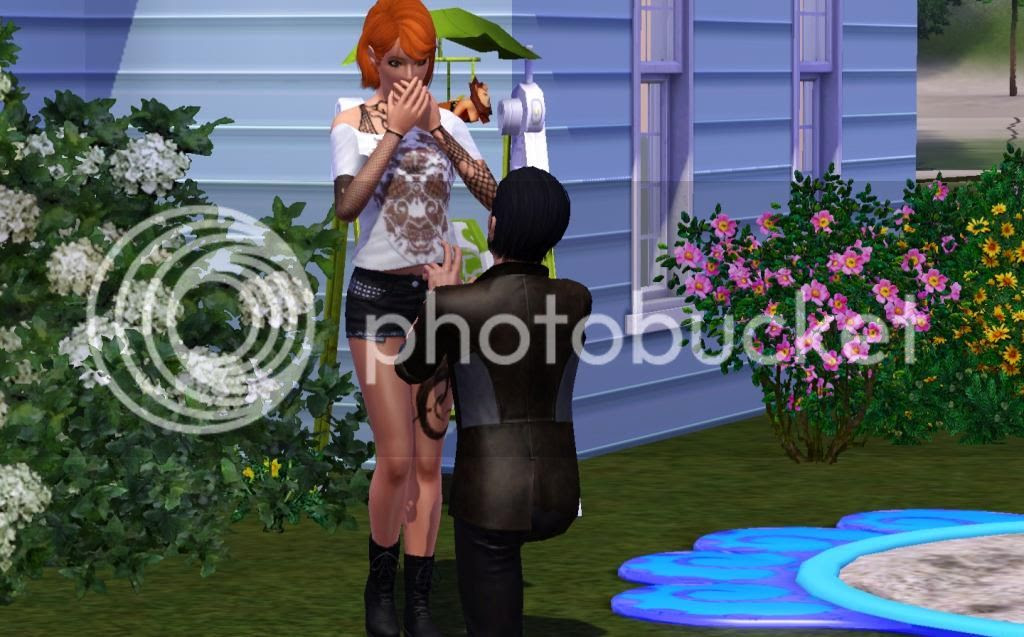 Posted by IneptBubbles at 6:43 PM

Rules for this Legacy

If you are interested in knowing the rules for this legacy you can go here to find out more information.